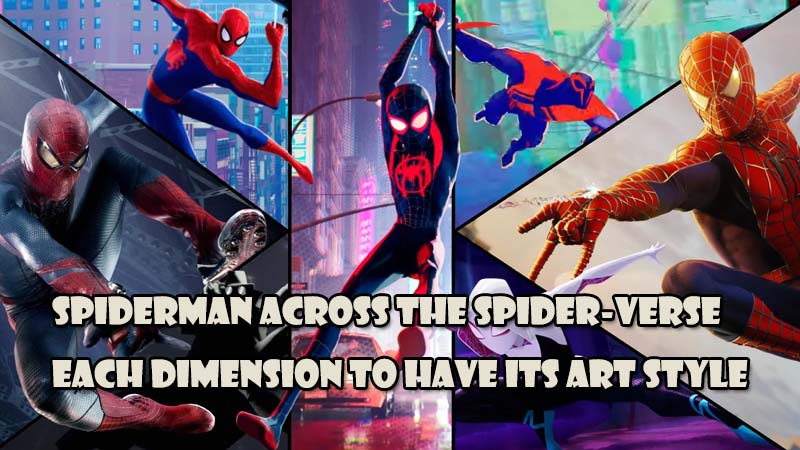 You have watched your favourite heroes playing the role of Spider-Man. But recently another version of the superhero was introduced to the real world. Spiderman across the Spider-Verse is an animated movie that has featured the Marvel Comic character Miles Morales; whom we know as Spider-Man. The first part of the sequel was released and is based on the Multiverse of the alternate universe, called “Spider-Verse”. The movie focused on the relationship between Morales and Steinfeld’s Spider-Man.

In this movie, Spider-Man goes on an adventure into the Multiverse. He meets the astonishing Spider-Woman, identified as Gwen Stacy. This movie is different from the other sequels because this time not only a single Spider-Man will fight against evil but a brand new team will be introduced. When the Marvels fans wanted more, “Spiderman across the Spider-Verse” gave them more than expected. Miles Morales will meet his new friends, those who have similar powers like him. The movie has been spiced up with the Spider-people and powerful villain. 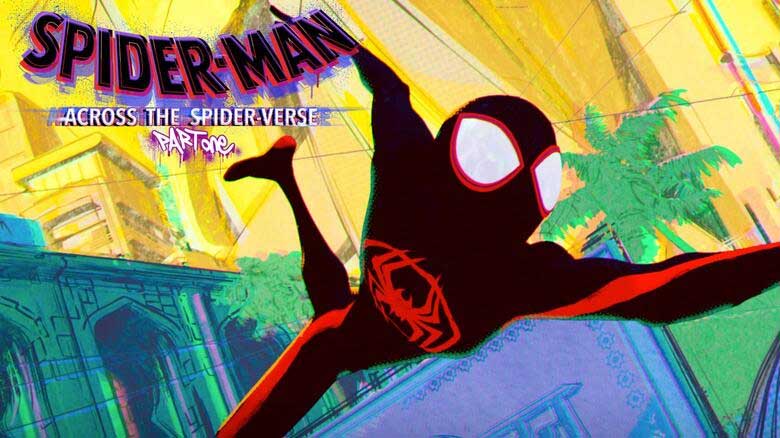 The art style of Spiderman across the Spider-Verse

This animated movie has taken the graphical effect to a different level. The graphics have been inspired by the printing techniques of the comic book. Spiderman across the Spider-Verse has used the brand new rendering style. If checked minutely, then a little touch of hand-drawn pictures will be visible to the viewers. The visual effects have raw emotion of illustration. Rendering has similar illustrative principles like – bold colours, simplified designs, strong composition, and graphic shapes and so on.

The comic book texture, simplification of the real world and the creation of the subject look amazing.

Above all everyone expected flawless cinematography that was fulfilled in this movie for no doubt. Do you know anything about juxtaposition? Well, you will see that in the movie of Spiderman across the Spider-Verse, the characters have halftones on them. This gives the moving effect of the cameras around the environment. You can understand the comic panel when any of the frames is stopped. So, the effect of juxtaposition feels very real on-screen.

Spiderman across the Spider-Verse used no traditional lens blur. Avoiding the traditional motion blur might have resulted in solving the strobing issues. So the animation team inspired the usage of mixed techniques; which includes drawing the speed lines and smearing the geometry.

The animators have also used the one alternate type of camera lens focus, also known as DOF. This graphical effect was inspired by the comic book to avoid the softness in the film. With the help of this fabulous effect, the images can be portrayed out of focus. Multiple limps of the characters are used to follow the proper cinematography of a moving character.

The design of FX

Do you know that a reusable library of 2D hand draw of FX elements was created for a single movie? They have animated the elements on twos. The real magic happens, when the hand-drawn elements are combined with the traditional 3D simulations – this awesome technique creates a very special illustration that looks amazing on the screen.

The Spiderman across the Spider-Verse film is completely based on physically-based simulation; for every scene, the FX department has used the traditional hand-drawn techniques.

It was very challenging for the designers to come up with something new this time. Already the simulation of the whole movie was a difficult task; on top of that, the character design was a tough job. It was very important to add individualism, uniqueness among all the characters. All the characters have different personalities; the character-painters did a great job in creating all of them.

The avatar goes completely with the background and the different dimensions. When you watch the movie Spiderman across the Spider-Verse, you can understand the flawlessness in the job of the designer.

Spiderman across the Spider-Verse was a masterpiece. The movie has amazed us with the unique graphics and we cannot take off our mind out of the attractive scenes. Credit goes to the whole team for creating such magic on the screen. The fresh and vivid visual effects are very familiar to any comic; so enjoy both the traditional and modern touch in the videos.

Every time spider-man releases new movies, games and episodes, there’s a new wave of spider-man cosplay. In this new Spiderman across the Spider-Verse film, we see a lot of characters from the comics that have never been filmed before. This also gives us spider-man lovers more cosplay options. Of course, you can also choose to go to simcosplay to discover more spider-man costumes.